As someone who might have just paid to have a brand new roof installed on your commercial building, the last thing that you might be thinking about right now might be making additional improvements or changes to your roof. However, you might want to do one more thing: install a spray-on roof coating. After all, you can protect your considerable investment in a commercial roof by doing this shortly after your new roof is installed.

Avoid Having to Buy a New Commercial Roof Right Now

You might be dealing with the opposite situation, since you might not have had the roof replaced on your commercial building in quite some time. Because of this, you might be under the impression that you need to replace your commercial roof, but this might be avoidable right now. In some cases, applying a spray-on roof coating can actually make it possible for you to rely on an older roof for that much longer. If you're saving money to purchase a new commercial roof but don't have the money right now, or if you're just hoping that you can make your older roof last as long as possible, a spray-on roof coating could help you out.

Prevent Leaks That Could Damage Your Building

No matter the age or condition of your roof, you probably know there is a possibility of roof leaks happening. You might also know that if your commercial roof begins to leak, you could end up facing expensive issues. One great perk of having a spray-on roof coating added is the fact that it can help quite a bit with preventing leaks.

Your commercial roof might still be in decent condition right now. However, it might not really look its best. You may not want to replace it just to make it look better, as long as it's still functional. Luckily, you don't have to, since having a spray-on roof coating applied can actually make your existing roof look a lot better. 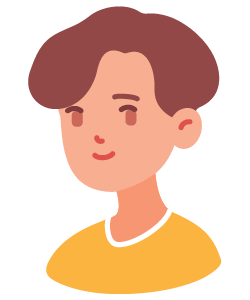 When you have something restored, what is your end goal? Most people want the items to look as good as new by the time the restoration is complete. And you know what? This is a completely reasonable goal. Restoration companies are capable of meeting this goal in many cases. Of course, it will all depend on how damaged your item is, how old it is, and what type of damage has occurred. Read more about restoration on this blog. We promise that the articles will be a short, readable length and will contain information that's worth learning about repairs and restoration.

Why Should You Consider Hiring Professional Biohazard Cleanup Services?
3 February 2023
When it comes to dangerous and hazardous situations, many people don't think twice about the consequences of their actions. Unfortunately, these types …

Hire A Commercial Handyman After Damage Is Done To One Of Your Hotel Rooms
23 January 2023
When a guest checks out of their room in your hotel, it will typically take just a short period of time for a member of your housekeeping staff to get …

3 Methods A Handyman Can Use To Protect Your Basement From Water Damage
9 January 2023
Your basement is one of the most critical parts of a house, whether you use it as a bar or a storage space. Therefore, you may be frustrated if you wa …